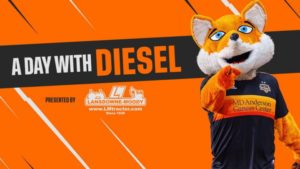 Howdy Houston, we have a solution! Thank You BBVA, Houston Dynamo & all those who supported us in this exciting competition.

We are proud, humbled, happy & grateful to all our who helped us in this journey:

BBVA USA supports one SMB in Houston area every year.

BBVA, in partnership with the Houston Dynamo (#OrangeForever) invited companies to apply for the Launchpad competition. We reached the final and created our video pitch as last stage in the competition. The Story Hive from Houston gave us a great coaching (thanks so much!).

Next thing was the popular vote which was a 10 days emotional sprint… which we won. 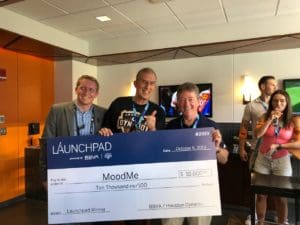 BBVA is a major global bank, with a huge presence in the USA. Quoting Houston Director of Emerging Companies Ralph Miller “MoodMe is an exceptional startup that is committed to digital transformation and taking that concept to the next level”.

He continues “As a bank that consistently focuses on digital transformation, our digital products, and enhancing the customer experience, we felt this was the best candidate in the Launchpad contest. That is a huge compliment, because all of our contestants had solid business models and innovative ideas in the digital realm. I want to congratulate our winning company and say thank you to our teammates at the Houston Dynamo.” Read the full Article. 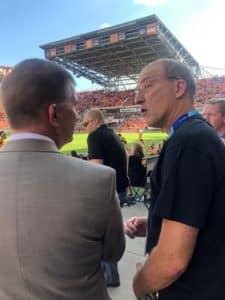 We are so grateful for such a great support, which comes with a $10.000 US prize.

The award ceremony was on the pitch, during half time of a thrilling game against the LA Galaxy (Zlatan Ibrahimovic scored after only 9 minutes. The Dynamos, energized by their amazing fans, came back twice and finally won the game with a great 4-2 score. A brilliant way to end the season and also an emotional goodbye to MLS and US National Team DaMarcus Beasley.

The big screen at BBVA Stadium broadcast the award ceremony and our winning pitch. Special thanks to The Story Hive for coaching us on video pitches. 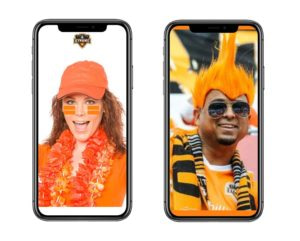 What’s next? MoodMe offer to the Houston Dynamo is to create authentic fan engagement experiences with Augmented Reality. #OrangeForever AR filters such as those illustrated are combined with Branded effects to create interactive Sponsors Activations.

All valuable insights to enrich the Big Data that Brands & Sports are looking for to delivery more meaningful experiences to their customers in a non-intrusive manner. 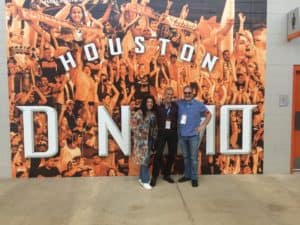 Team picture of our Houston team.

Beasley retired from professional soccer after a 20-year career that began in 1999. Beasley joined the Dynamo on July 23, 2014 after playing professionally in Scotland, Holland, Mexico and Germany. The U.S. Men’s National Team veteran would go on to play 123 matches for the Dynamo and win the 2018 Lamar Hunt U.S. Open Cup. Houston looked to sendoff Beasley with a victory after dropping back-to-back games.